I arrived sometime around 5:45 AM. There were already other cars parked at the bottom of the trailhead–a common occurrence at most of the popular trails throughout Austin. I spent the next ten minutes putting on my running shoes and adjusting my trail vest while checking that I had plenty of snacks for refueling at the top. After a quick stretch I was off into the twilight. For the next two hours my legs would be begging me to stop until I fished the out-and-back run.

Roughly two miles before reaching the end of my run I noticed traffic just setting out up the trail had started picking up. Dodging roots, boulders, and mud puddles turned into dodging families of six, tourists with no trail etiquette, and oblivious UT students stoping every 50 feet to snap selfies. By the time I got back to my car my blood was boiling–not from the 102° heat. I remember frustratingly asking myself out loud “Why the fuck is it so damn hard to get away from people in Texas when this state is so goddamn big!” After nearly five years living in Austin the lack of variety in public land had begun to weigh on me.

Growing up in Colorado it was relatively easy to find trails where you’d be only one of maybe ten or fifteen other people–you just had to drive more than 30 minutes west and avoid the National Parks–simple. In Texas, that’s not the case.

A few days later after my little fit of rage and frustration had ended I decide to breakout All Trails to hunt down a new running spot. I had used All Trails quite a bit throughout the state usually when exploring areas outside of Austin but for the most part had never really opened the app at home. Diving in I expected to find a large number of real trails–ones that aren’t paved and are over a mile in length.

Nothing was more surprising than to find out that this wasn’t the case. I’d move the map around in every direction and each time the same 10-ish trails would just reorder themselves based on distance. I thought something must have been wrong or that people in Austin just really didn’t like to venture out very far from home so I decided to break out the big guns, the USGS Protected Areas Database.

Turns out Texas is made up of 95% privately owned land… 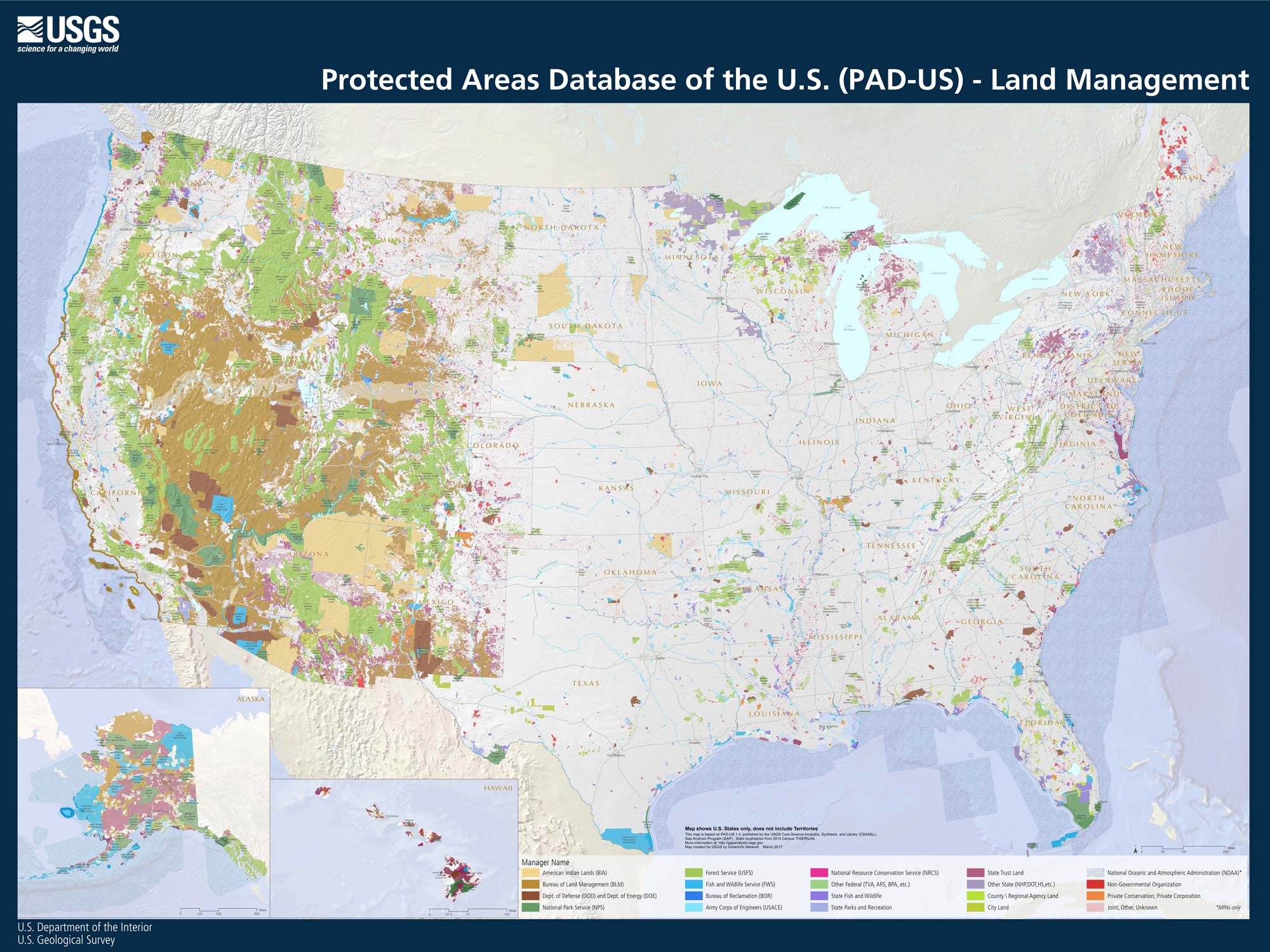 Looking at the USGS maps there was barely even a spec of land that was designated as public land. Normally I would have just shrugged this off and gotten back to life but this was the moment when I realized just how important protecting public lands truly is. With everything happening in Washington lately (Bears Ears and Grand Staircase-Escalante National Monuments being shrunk, threats of the Pebble Mine in Bristol Bay, and oil fields in Arctic National Wildlife Refuge just to name a few) it seems like all our government wants to do is give away our most cherished lands just to make a quick buck.

Passing off public lands to the states so they can turn around and sell them to companies for resource extraction isn’t right.

I don’t want to see the western United States turn into Texas. I can’t imagine waking up in 15 years wanting to take my future children out camping only to find out the lake where I went trout fishing with my Grandpa is now fenced off and no longer accessible. We have to fight. It’s time everyone, even those of us living is a state that has nearly no public land, to stand up and pressure our government to continue to uphold the protections that previous offices had put in place.